It's Duck's Party is an episode of Almost Naked Animals.

Duck is having a huge party and everyone but Narwhal is invited.

The episode starts with Narwal bidding his own stuff and than he decided that he whats to bid himself to a beautiful girl. Duck bidded £30.00 saying that he always wanted a Narwhal himself.Narwhal than paniked and bagged the bidders to bid him at a higher price but Duck got what he wanted. Later Narwal followed Duck to his shed where Duck was wanting to throw a party for himself and Narwal is to guard his shed and give him a tummy rud. Narwal than told every one about the party and that they were not invited. Duck's party started at night fall and every one was dressed in disguis saying that all of there names were Blanks but Howie blew it and Narwal ejected them. Than everyone desited that they were going to talk to him and Duck let's them in but no one was in there. Duck said that it was a party all to himself and offered them chips and dip and when the dip was all gone Duck said that he was going to make more and add his secerate ingreedyant witch was duck soaking his but in it.

That dip may have been boggers because it looked execaly like Duck's booger chair.

When there was no one their it was thought that the party was over. 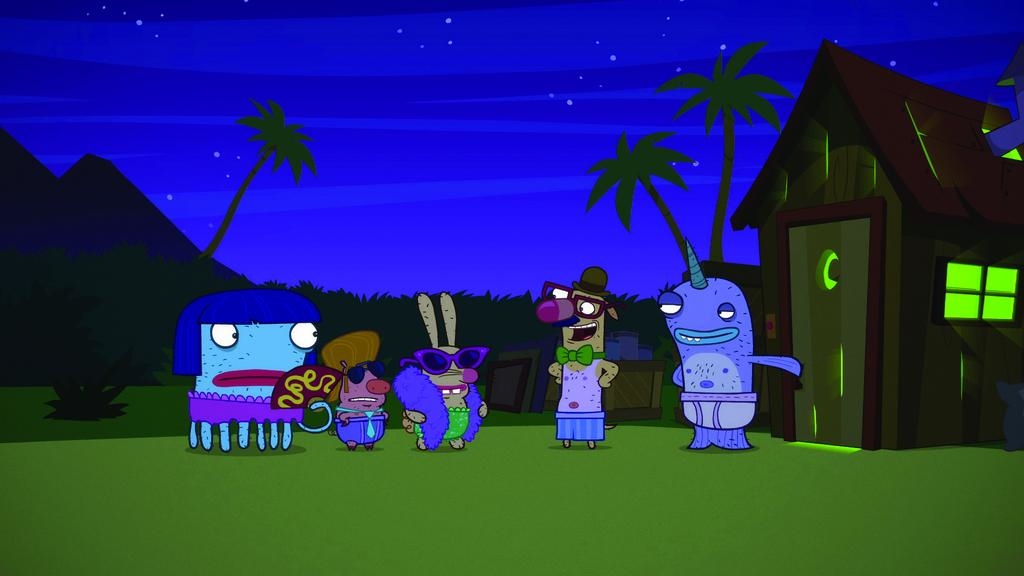 Retrieved from "https://almostnakedanimals.fandom.com/wiki/It%27s_Duck%27s_Party?oldid=13296"
Community content is available under CC-BY-SA unless otherwise noted.